May The 4th Be With You

Let the Wookie speak! This is a fan project allowing you to create your own May the 4th greetings and send them through hyperspace. Learn the recipe and join the dev star. 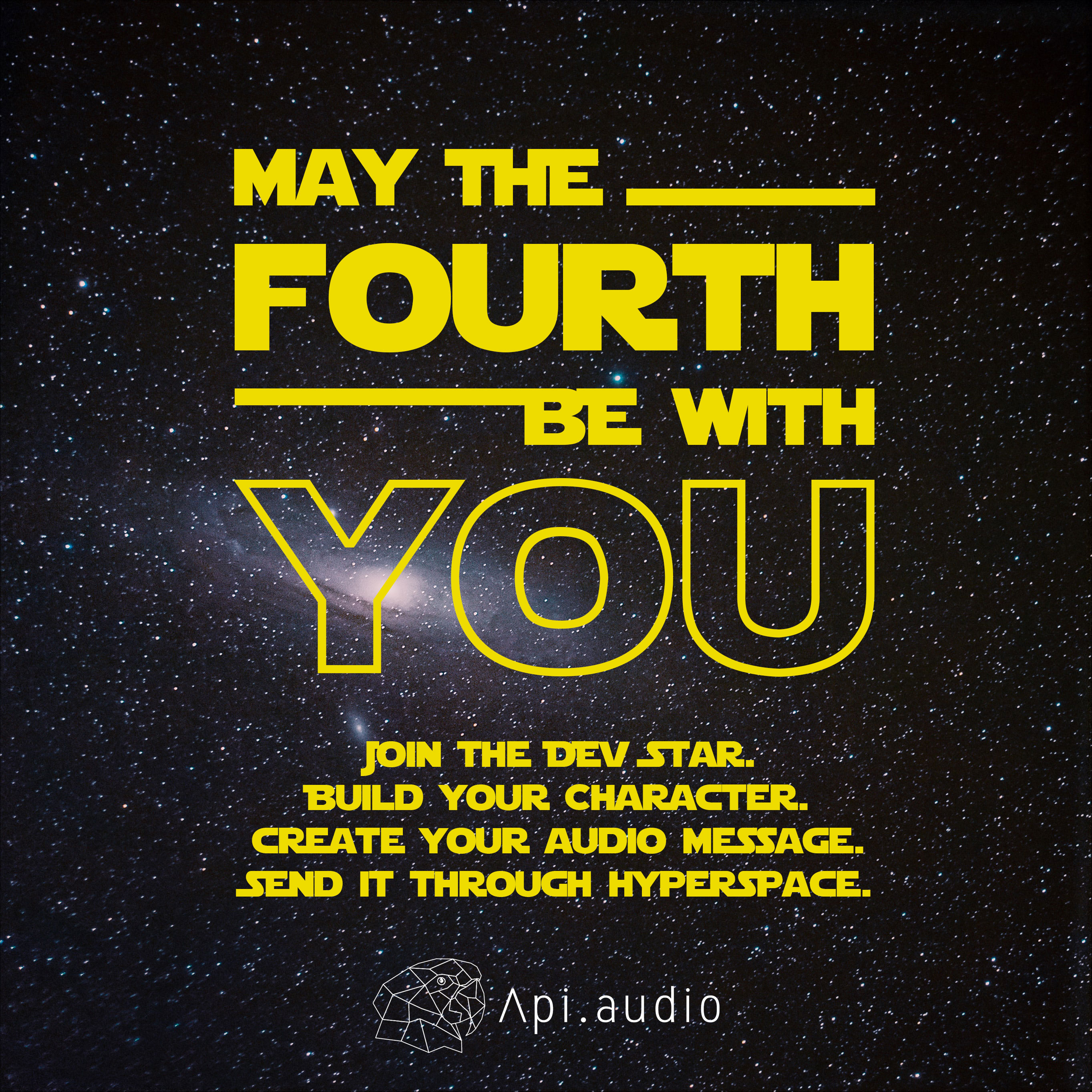 Create your own character, let them speak anything you want and send your message to friends & family. Here's how.

Being a bunch of nerds ourselves we came up with our own contribution to "May the 4th be with you", the international Star Wars day.

Using our api.audio engine you can create your own character from a galaxy far, far away, add sound effects as well as background music and then send it out to your friends & family.

We won’t judge you for what you consider to be canon or not so we created a few character options for you.

Join The Dev Star (Too big to be a work station!)

First, sign up to api.audio and create an organization. This will give you access to the dev star where you can create your own protagonists.

Build Your Own May the 4th Character

Now let’s create your own avatar.

Here is a sample using the "Matthew" voice with the "dark_father" effect and “full__fargalaxy_dark_father.wav” as a sound design:

Now that all the parameters are set and your character has been defined you can create your own May the 4th greeting message. Type anything you want. Try different language speakers or mismatching sounds for extra fun. After all, there’s a bunch of planets in a galaxy far, far away…

Then, run the code and download the audio file that has been created.

Note: If you choose the “chewie”, “88b” or “2r2d” effect, your message will be translated. Be aware that not everybody has a universal translator so the recipient of the message might not understand what you’re trying to tell them.

Send it Through Hyperspace

Now you can send your message either on the Rebel Alliance’s internal communication system (Slack) or using imperial frequencies (Twitter). Note that you will need a developer account to access the latter. Of course, you can also just share the file wherever you want: email, social media, etc.

We hope you'll have as much fun with this as we had creating it and that it helps to showcase the capabilities of api.audio. Try your hands on the api and create something cool with it yourself. Do let us know about it and know that any feedback, bug reports or feature requests are more than welcome. If you want to know more about api.audio, have a look at this blog post.

May the 4th be with you!